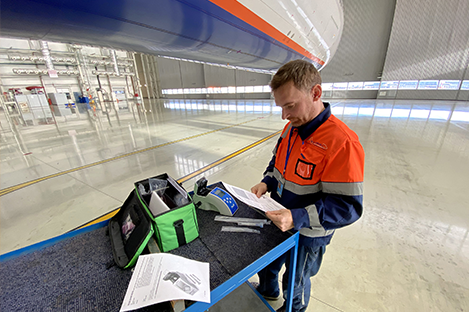 A-Technics has introduced a new technology for analyzing fuel samples.

A-Technics, an aircraft maintenance and repair provider, has introduced a new technology to determine the presence of bacteria in fuel samples when performing maintenance.

Previously, such an analysis took several days and was performed in special stationary laboratories outside the production facilities of A-Technics. Now this procedure is performed using the latest HY-Lite ® 2 System equipment within one hour, which allows you to quickly complete the maintenance of the aircraft and release it into operation.

The use of the new technology has already been positively evaluated by the airlines - regular customers of A-Technics. The provider is ready to offer this service for new customers as well.