Cooperation with the MAI Children's Technopark 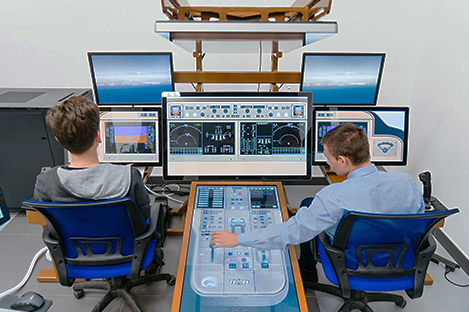 The provider of maintenance and repair (MRO) of aircraft A-Technics and the Children's Technopark of the Moscow Aviation Institute «Trajectory of Take-off» signed an agreement on long-term cooperation. The partnership is aimed at developing and implementing joint educational programs based on the tasks of aviation industry enterprises, as well as programs to prepare children for studying at MAI in the interests of A-Technics.

As part of the agreement, A-Technics specialists will participate in organizing and conducting thematic lectures and courses at the MAI Children's Technopark. The training will take place on the basis of technological cases and tasks of the MRO provider. In turn, the children of A-Technics employees will have the opportunity to take part in educational programs and events of the technopark.

The children's technopark of MAI «Trajectory of Take-off» is a modern educational platform and project laboratory where schoolchildren get acquainted with high-tech equipment and specialized programs, master advanced technologies, conduct research, work on a specific product, learn to interact in a team and apply the acquired skills to create their own projects. As part of the project, students receive additional education in the most modern and promising areas of the XXI century: IT development, additive technologies, 3D modeling and industrial design, unmanned aircraft systems, robotics and digital manufacturing, VR and AR.